When You Should and Shouldn’t Use Node.js for Your Project

Learn about how Node.js works and when it can benefit your project the most

As the most commonly used programming language, Javascript is currently at the peak of its popularity. The luxury of being able to use Javascript on the server-side, as well as the client-side, is one of the reasons for this popularity.

Node.js, the server-side runtime of Javascript is now popular among developers not only due to the ease of using the same language on the frontend and the backend. What Node.js brings to the table, compared to the other programming languages, is the main reason developers are flocking around this language. But there is also a fair share of criticism against Node.js too. The criticism is not unfound, of course. But it is important to understand that the language’s features make it a better suit for certain tasks, and not such a good choice for some others.

The ultimate question you should ask is when to use Node.js and when not to use Node.js. The aim of this article is to provide the answer to that question.

To understand when and when not to use Node, we have to understand the underlying mechanism and the features of the language. Node.js is single-threaded, event-driven, and asynchronous. These words may not mean much to you right now. So let’s look into what each of these features means for how Node.js operates.

Node.js accepts events in the order they arrive at the event listener. The last event received is added to the end of the event queue and executed after the preceding events are completed.

Node’s event loop uses a single-threaded implementation when handling events. Each event is handled one after another in the order they arrive by a single processor thread. The requests received to a Node web server are served in the order they were received.

However, there is a downside to Node.js being single-threaded. The single-threaded implementation makes Node a bad choice for CPU-intensive programs. When a time-consuming task is running in the program it blocks the event loop from moving forward for a longer period. Unlike in a multi-threaded program, where one thread can be doing the CPU-intensive task and others can handle arriving requests, a Node.js program has to wait until the computation completes to handle incoming requests.

You may now have a question? How can a single thread handle more events at a given time than a thread pool if events are handled one after another and not concurrently? This is where Node’s asynchronous model steps in. Even though the Node’s event loop implementation is single-threaded, it achieves a concurrent-like behavior with the use of callbacks.

As I mentioned earlier, Node’s event loop passes an emitted event to a callback function to handle the event. But after passing the task to the callback, the loop doesn’t wait for it to complete running. Instead, it moves forward to the next event. The callback function completes running in the background. https://app.diagrams.net/images/osa_drive-harddisk.png

The asynchronous feature is what makes the single-thread of the Node.js program quite efficient. It makes the program fast and scalable without using as many resources as a multi-threaded application.

When to Use Node.js?

Now back to our main question. When should you use Node.js for your projects? Considering the main features of Node.js and its strengths, we can say data-driven, I/O-driven, event-driven, and non-blocking applications benefit the best from a Node.js implementation.

Web servers are a perfect use case that benefits from Node’s inherent features. Node’s event-driven implementation can be used to trigger events in the server every time a request from the client-side is received. The single-threaded and asynchronous features ensure that the server can serve a large number of requests at a given time using callbacks. Sending responses back to the client-side is handled by these callbacks while the event loop keeps accepting and passing the receiving requests to event handlers without much delay.

Especially, web backends that follow microservices architecture, which is now growing in popularity, are well suited for a Node implementation. With the microservices architecture, sending requests from one microservice to another becomes inevitable. With Node’s asynchronous programming, waiting for responses from outside resources can be done without blocking the program thread. Unlike a multi-threaded program, which can run out of threads to serve incoming requests because many threads are waiting for responses from external resources, this I/O-intensive architecture does not affect the performance of the Node application. However, web servers that implement computational-heavy or processes-heavy tasks are not a good fit for Node.js. The programming community is still apprehensive of using Node with a relational database given Node tools for relational databases are still not as developed as compared to other languages.

Real-time applications, like chat applications, video conferencing, and online-gaming, benefit from Node’s inherent set of features. These data-intensive applications require the use of websockets and push technology to establish two-way communication between the server and the client. Node’s ability to handle I/O-intensive tasks and its high scalability are the main reasons why the language is being commonly used for real-time applications. These characteristics make Node apps faster compared to other languages.

Creating APIs with Node.js is gaining increasing popularity. Combine this with the language’s ability to integrate well with NoSQL databases, Node becomes a good fit for creating API fronts for NoSQL databases.

When Not to Use Node.js

Programs with features that don’t blend well with Node’s characteristics are not a good fit for Node.js development. In general, blocking, processor-intensive, and computational-intensive programs fall under this category.

If your application is likely to run tasks that involve heavy computing and number crunching, like running the Fibonacci algorithm, Node.js is not the best language to turn to. As discussed above, the heavy computation blocks the single-thread running in the application and halts the progress of the event loop until the computation is finished. And it delays serving the requests still in the queue, which may not take as much time.

Still, Node’s relational database support tools are not up to the expected level when compared to other languages. This makes Node an undesirable for use cases with relational databases. However, this situation is fast changing. High-quality ORM libraries like Sequealize and TypeORM are already available for Node developers. It may not take long to scratch this point out of the when-not-to-use-node.js list.

Like any programming language out there, Node.js is best suited for some programming tasks and not suitable for some others. Taking advantage of Node’s superiority in different aspects is your job as a programmer. When it comes to Node, its event-driven, single-threaded, and asynchronous features give it superiority in speed and scalability. But they put Node at a disadvantage where computational heavy tasks are considered. Now it’s up to you to take advantage of the language’s better qualities for appropriate situations. 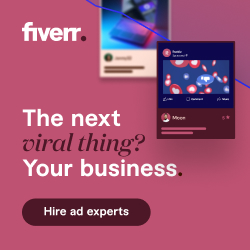 Understanding Promises in JavaScript
Deep-dive into the world of JavaScript Promises, creating them, consuming them, async/await and more.
May 25, 2020

When Not to Use Javascript Arrow Functions
ES6 Arrow functions, even though we love them, sometimes we need a break.
May 22, 2020